Why Israel's Attack on Gaza is Necessary

From the Wall Street Journal:

Gaza's newly acquired rockets put about 2/3 of Israel's people into the range of fire.


Since 2001 Palestinian militants have launched thousands of rocket and mortar attacks on Israel from the Gaza Strip.  As of November 2012, the attacks have killed 64 people, mostly civilians, and injured thousands, but their main effect is their creation of widespread psychological trauma and disruption of daily life among the Israeli populace.  Medical studies in Sderot, the Israeli city closest to the Gaza Strip, have documented a post-traumatic stress disorder incidence among young children of almost 50%, as well as high rates of depression and miscarriage.

We would not expect any other nation to live under the threat of daily terrorism for so long, and we shouldn't expect Israel to do so either. 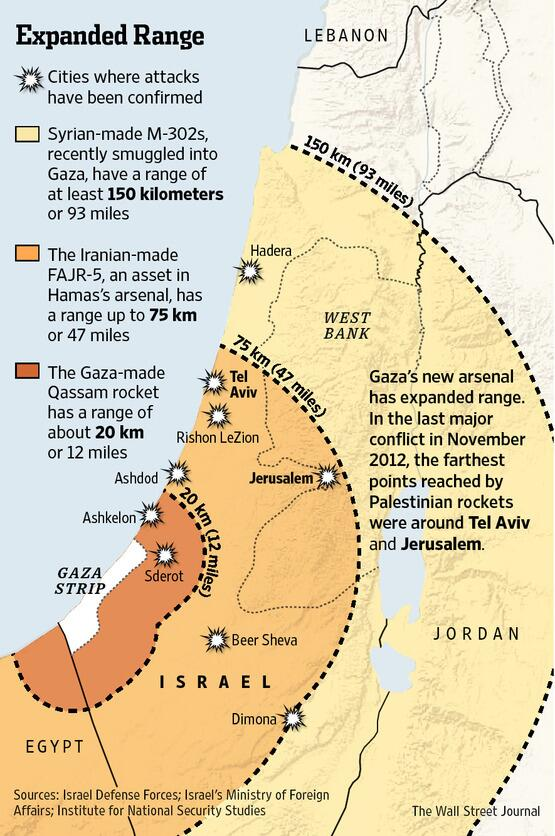