It's About the Policies, Stupid!

Ultimately, the choice of a candidate for President of the United States comes down to policies. What will a candidate do if elected President?

I find myself in strong—yea, gut-wrenching— disagreement with Hillary Clinton's stated positions on immigration (open borders), fully accessible and legal abortion throughout all nine months of pregnancy, support for the Trans-Pacific Partnership and the Iran Nuclear Deal, Gun Control through executive orders, higher taxes, expansion of Obamacare, maintaining the same high business taxes that are destroying American jobs, etc.

Here are Donald Trump's stated positions about the following policies. And, personally, I cannot find a single one with which I disagree.

Immigration -- "Restore integrity to our immigration system by prioritizing the interests of Americans first. Enforce our immigration laws – at the border and at the workplace. Build a border wall and end sanctuary cities. Send criminal aliens home. Welcome those who embrace our way of life, but keep out immigrants and refugees who don’t through rigorous vetting."

Abortion -- "The primary responsibility of the federal government is to protect the rights of its citizens. Life is the most fundamental right. The federal government should not diminish this right by denying its’ protection. I am opposed to abortion except for rape, incest and life of the mother. I oppose the use of government funds to pay for abortions."

Foreign Policy -- "Foreign policy will be singularly focused on Making America Safe Again by destroying radical Islamic terrorist groups. End the nuclear deal with Iran and the ransom payments to the world’s number one state sponsor of terrorism. America will stand with its allies and end the Obama-Clinton practice of apologizing to our enemies."

Guns -- "Unwavering support of the Second Amendment right to keep and bear arms. Get serious about prosecuting violent criminals. Get gang members and drug dealers off the street to make our cities and communities safer. Empower law-abiding gun owners to defend themselves. Expand mental health programs keep the violent mentally ill off of our streets."

Taxes -- "Cut business rate to 15 percent. Reduce individual rates to three brackets of 12, 25, and 33 percent, with a 0 percent rate for many. Add above-the-line deduction for childcare costs, including for stay-at-home parents." Trump has also said that he would “eliminate job-killing regulations” and “have massive tax reform and simplification.”

Health Care -- "Every American deserves access to high quality, affordable health care, not just insurance. Obamacare has failed on cost and quality of health care. It must be repealed. America needs a patient-centered health care system, allowing families and their doctors to be primary decision makers. Provide for the sale of health insurance across state lines."

Economy and Jobs -- "Reform the tax code and trade policies to make it easier to hire, invest, build, grow, produce, and manufacture in America. Stop China from stealing our jobs, renegotiate NAFTA, cut unneeded regulations and make America the best place in the world to do business. Putting America First—and not globalism—will keep jobs and wealth in America."

Environment -- "Everyone deserves clean air and safe drinking water regardless of race or income. Water infrastructure will be a big priority. We need to work to protect natural areas, but in a balanced way. End Obama EPA mandates that cost too many jobs, are opposed by most states, and too often have negligible benefit for the environment."

Crime and Violence -- "Crime and violence are an attack on everyone—-particularly the poor—-and are unacceptable. We will have strong, swift fair law and order. Progress against criminal activity is being reversed by this administration's rollback and discouragement of criminal enforcement. We must work with law enforcement and first responders to keep our communities safe."

Education -- "Every child in America deserves a great education and an opportunity to achieve their dreams. We will enhance education options for students through school choice and charters, and respect homeschoolers in their quest for educational alternatives. We will also make it easier for families to afford college so students aren’t buried in debt."

Budget and Spending -- "Create high-paying jobs to bring growth to our stagnant economy, reducing deficits and spending. Rebuild our military and ensure that veterans receive top quality medical care. Rebuild our infrastructure. End government corruption and rein in wasteful spending to put our ballooning deficits on a long-term path to balance."

National Security -- "There are serious threats facing the United States, and American strength is the only way to ensure peace. We must rebuild our military, reform our intelligence agencies, and prepare our government for the security challenges of cyberspace."

Veterans -- "Ensure that every Veteran gets timely access to top-quality care through the VA or private Medicare providers if the VA cannot provide timely access. Fix VA corruption and help Veterans find good paying jobs. Veterans should come first in the country they fought to protect, and under a Trump Administration they will."

Energy -- "We will use our vast coal, shale gas, and other American energy sources in a clean and appropriate manner to benefit American families and workers, not for the economic benefit of the politically-connected. Support coal jobs, safe fracking, energy from offshore and public lands and the Keystone Pipeline, which can be done responsibly." 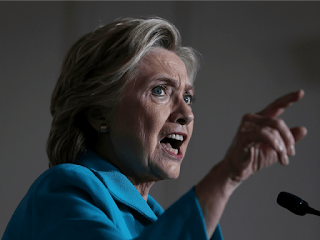 Read the rest.
Posted by Robert S. Munday at 2:30 AM No comments:

The video speaks for itself: 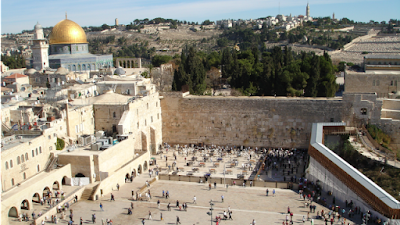 
Outrage over UNESCO’s approval on Thursday of a resolution that omitted the Jewish people’s ties with Jerusalem continued to grow over the weekend. As of Sunday morning, more than 65,000 people had signed an online petition calling on the UN cultural body to “recognize the deep historic, cultural and religious connection between the Jewish people and holy sites in the land of Israel.”

The Change.org petition, authored by the International Legal Forum and the pro-Israel advocacy organization StandWithUs, focused on the Temple Mount — the holiest site in Judaism, as it is where the two temples once stood — which the UNESCO resolution referred to as the “Al-Aqsa Mosque/Al-Haram Al-Sharif and its surroundings.”

“By UNESCO deliberately ignoring the Jewish connection to the Temple Mount, UNESCO violates the basic human rights of Jews everywhere, as well as those of other religions whose beliefs and heritage include the spiritual and historical connection of the Jewish people to Jerusalem,” the petition said.

I encourage everyone reading this article to sign the Change.org petition.

Posted by Robert S. Munday at 2:42 PM No comments:

The Truest Words I Have Read in the 2016 Election Season

From here, where the is more:

Donald Trump the man and Trump the candidate has flaws and warts and weaknesses that were understandably exploited by opponents.  But win or lose on November 8, the grassroots rebellion that fueled the Trump campaign will continue.

That rebellion is now an open civil war within the Republican party, and that is a shame.  But at least it is a war over real issues, real concerns, and real worries over the safety and survival of our nation.  And that, my friends, will always be a war worth fighting.