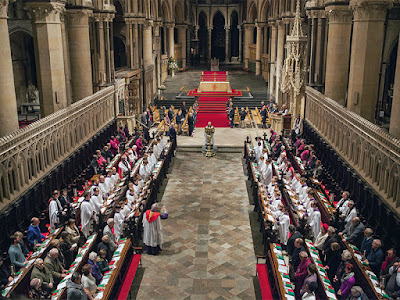 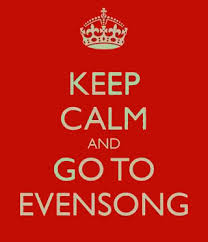 Posted by Robert S. Munday at 2:03 PM No comments:


MCCORDSVILLE, Ind. – Parents of McCordsville Elementary School students are upset after a first grade teacher sent home a letter asking kids not to talk about “God,” “Jesus,” and the “Devil.”

According to a release from the school, a debate about God took place in a first grade classroom earlier this week.  In response to the debate, the teacher wrote a letter about expectations in the classroom and sent it to parents.  The letter talked about school language and asked parents to have a “talk” with their children about the appropriate time and place to talk about religion.

[Notice that the teacher's letter (see photo above) doesn't say anything about a "debate."  It merely says the students were "using the words God, Jesus, and Devil in conversation."]

FOX59 obtained the letter from a parent of one of the students in the class, which reads in part:

“With Mccordsville Elementary being a public school, we have many different religions and beliefs, and I do not want to upset a child or parent because of these words being used.”

[Frankly, I doubt that McCordsville, Indiana (population: 6,485) actually has "many different religions and beliefs," whatever this relgiophobic, politically correct teacher may think.  But, even if it does have "many different religions and beliefs," all of those 6,485 residents, including their children, still have a First Amendment right to discuss their religion(s)—as the school superintendent rightly clarifies:]

But a letter from the Mt. Vernon Community School Corporation Superintendent Dr. Robbins says it is okay for students to talk about their beliefs as long as it does not disrupt class.

“To simply summarize, MVCSC employees can neither advance nor inhibit religious views.  Trying to limit a student’s view on religion is a violation of a student’s first amendment rights.  However, if the discussion becomes an academic disruption, then as a district, we can intervene to maintain the integrity of the educational process while at the same time being sure to not violate a student’s constitutional rights.”

District officials say they have met with the teacher about the school’s policies.  It is unclear whether she will face any disciplinary action.

When I was growing up two of the teachers in my elementary school were also Sunday School teachers at my church.  Two other teachers that I know of were Sunday School teachers in other churches.  Could we talk about God, Jesus, etc. Monday through Friday the same as we did on Sunday?  Well, perhaps not exactly the same as we did on Sunday; but religion wasn't a forbidden subject.  The end result was that we developed an integrated worldview where religion was a part of life, right along with math, science, history, literature, etc.

We learned the Golden Rule (Do unto others as you would have them do unto you) wasn't just in the Bible, it was sound ethics and a good guideline for building a healthy society where people respected and cared about each other.  Needless to say, bullying wasn't as much of a problem as it has become once we started taking things like God, the Bible, the Golden Rule, etc. out of our schools.

If Christian parents don't stand up for our First Amendment freedoms, we are soon going to have a society where even common courtesy has disappeared and where our social ethics resemble the Lord of the Flies.

Anne Graham Lotz: I Will Not Be Celebrating the Eclipse—Gives Prophetic Warning About Significance

Lotz likens the scheduled eclipse-viewing parties and celebratory nature of “The Great American Eclipse” to the drunken feast thrown by King Belshazzar of Babylon in the book of Daniel. “While Belshazzar and his friends partied, they were oblivious to the impending danger. Belshazzar wound up dead the next day, and the Babylonian empire was destroyed,” she said.

Included in the post is a video from Australian pastor Steve Cioccolanti who discusses the signs in the Bible that point to the possible significance of the upcoming eclipse.

Lotz concluded by saying, “Regardless of whether or not the conjecture regarding America’s Eclipse is accurate, we know our nation and our world is in turmoil. Without doubt this is the time for God’s people to get right with God. To repent of our own sin. To share the gospel with our neighbors. And to pray that in the midst of his coming wrath, God would remember mercy” (Habakkuk 3:2).

If the Islamic State is destroyed, the situation in the Middle East could end up being even more dire with the emergence of an “Iranian radical empire” in its wake, former U.S. Secretary of State Henry Kissinger warned in an article published by CapX this week.

Kissinger cautioned that in the case of ISIS and Iran, the old aphorism “the enemy of my enemy is my friend” no longer holds true, since driving out the Sunni terror group would leave a “territorial belt reaching from Tehran to Beirut” that Iranian-trained Shia forces could occupy.

Across large areas of Iraq and Syria, an ideologically radical religious army, Isis, has declared itself a relentless foe of modern civilisation, seeking violently to replace the international system’s multiplicity of states with a single Islamic empire governed by Sharia law. In these circumstances, the traditional adage that the enemy of your enemy can be regarded as your friend no longer applies. In the contemporary Middle East, the enemy of your enemy may also be your enemy. The Middle East affects the world by the volatility of its ideologies as much as by its specific actions.
The outside world’s war with Isis can serve as an illustration. Most non-Isis powers — including Shia Iran and the leading Sunni states — agree on the need to destroy it. But which entity is supposed to inherit its territory? A coalition of Sunnis? Or a sphere of influence dominated by Iran? The answer is elusive because Russia and the Nato countries support opposing factions. If the Isis territory is occupied by Iran’s Revolutionary Guards or Shia forces trained and directed by it, the result could be a territorial belt reaching from Tehran to Beirut, which could mark the emergence of an Iranian radical empire.

The 94-year-old former secretary of state has in the past warned that the Middle East will “explode” if the “domination of the region by an Iran that is both imperial and jihadist” is allowed to continue.
Over the years, I have observed that Kissinger is more likely to be right when Israel's national security is at stake than when it is the US the is on the line. This is one of those instances.  (Essentially, Kissinger is working for the wrong government.)  He is absolutely right about the potential danger of a Shia Empire stretching from Tehran to Beirut.  But the immediate danger would be to Israel.  That is not to dismiss the danger.  Iran's territorial ambitions resemble Nazi Germany in the 1930's only set on a different continent.  With the NATO powers on one side and Russia on the other, this could be the setting for the start of WWIII.
"Pray for the peace of Jerusalem: 'May those who love you be secure.'" (Psalm 122:6)

Posted by Robert S. Munday at 6:51 PM No comments: