Sometimes You Have To Fight To Do What is Right

It seems like hardly a week goes by without my reading of some food service employee refusing to serve or doing something to insult a police officer.  Either that or I read about some employee getting fired for giving free food to a police officer or military personnel.

When are these stupid corporations going to learn?  Real Americans like our police officers and military personnel.  We salute them, and we salute employees and businesses that respect these brave men and women who put their lives on the line in order that security, peace, and order, both at home and abroad, might be preserved.

I've never written about this topic before.  But after seeing this story from Katy, Texas, I just had to.

A Texas police department on Wednesday honored a teen who was almost fired for buying an officer a free cookie earlier this month.

Katy Police Department posted a photo on Facebook of Zachary Randolph, 18, with three officers, commending the teen for his "selfless deed." 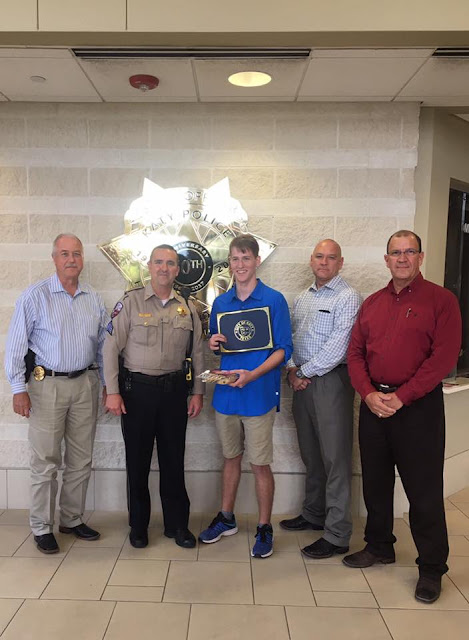 "It was our pleasure to finally meet the young man from Great American Cookies, who did a selfless deed despite what others may have thought," the Facebook caption said.  "Sergeant McClure and the rest of the Katy Police Department would like to say thank you for supporting law enforcement and going the extra step to show your appreciation."

Randolph was working at the Great American Cookie Company in Katy Mills when he offered to pay for an officer's cookie, his mother Tami Randolph wrote in a Facebook post on July 5.  She claimed a family in the store verbally attacked him after the kind act and said, "Are you going to buy mine too?"  They also accused him of being racist and vowed to get the teen fired, according to the post.

Days after the incident, the company managers called the teen in and "wanted him fired."  He was ultimately placed on suspension.

"Thankfully his manager refused and said you are an excellent worker and and everyone agreed that you did nothing wrong," the mother wrote in the post.

"Since when does buying a police officer a cookie give anyone else a reason to attack someone?  And when did a Corporation want to FIRE someone for being KIND...?

Read the rest.
Posted by Robert S. Munday at 6:45 PM No comments: