Terror We Don't Hear About: ISIS Driving Christians Out of Northern Sinai


The story, painfully old, sounds like a scene from “Anatevka.” Were it not for the geography, century and ethnicity of the protagonists, it might as well be.

“My father is the second name on their list…” said a man huddling with four members of his family at the Evangelical Church in Ismailia.

He and his family are waiting for the kindness of others, hoping to find a place to stay, far from the threat of death that now hangs over his father.

The Sinai Province (Wilayat Sinai) terrorist organization, the Sinai branch of Islamic State (ISIS / Da’esh) terrorist group, is driving Egypt’s Christians out of the northern section of the Sinai Peninsula.

Residents of the northern Sinai town of el-Arish told a Reuters reporter on Friday that members of the terrorist group have been circulating “death lists” online, and in the streets. The lists carry a warning to Christians to leave the region, or die.

Many local Christians are taking the hint. But some are just too old to flee, too old to face the hardship that comes with never knowing where your next stop will be. And so they’re staying, knowing they may die.

Church officials have said that of the 160 families in North Sinai, 100 were leaving. More than 200 students fled El-Arish as well.

Since January 30, seven Christians were murdered by members of Wilayat Sinai, including five who were shot and killed, one set afire, and one who was beheaded.

How more ironic can it get, with Passover approaching, that such a horrific tragedy is taking place at this time and in this place, and targeting this population?

Posted by Robert S. Munday at 1:54 AM No comments:


A recent report explains that the refugees who had converted to Christianity are now facing threats from Afghan refugees.  There have been increased reported incidents of Christian converts facing persecution they face at the hands of Muslims who are targeting converts. 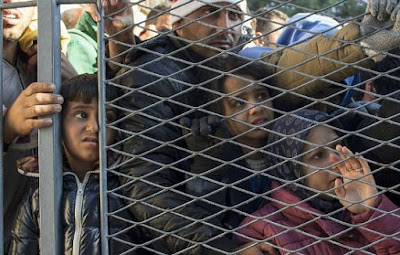 A group of Christians converts living in the refugee camps in Europe told a Christian persecution watchdog that they “fled from the Islamic Republic of Iran because they have been accused of being Christians and, therefore, have repeatedly been threatened by torture, imprisonment and the death penalty.”  They were quoted as saying: “Here, where we have been accommodated presently, we are exposed to the same kinds of threats as before, this time at the hand of Afghan Muslims, and we fear for our lives.”

“The Afghan refugees, call us Iranian Christians ‘apostates’ and ‘infidels’ because of our decision to leave Islam and consider the shedding of our blood as legitimate or even necessary.”  There are reports of the Kurdish church leaders being threatened and warned to leave the refugee group.  The Kurdish pastor who had converted said that he was forced to leave Kurdistan because he received threats from local rebels and the local police.

Read the rest.
Posted by Robert S. Munday at 3:07 PM No comments:

Couples are getting divorced over the election of Donald Trump as US President.


Gayle McCormick, 73, decided to split up with her husband of 22 years after he voted for the Republican in last November's presidential election.  He had announced his intentions at a lunch with friends prior to the election.

‘It totally undid me that he could vote for Trump,’ said McCormick, who identifies as a ‘Democrat leaning toward socialist’.  She added: ‘I felt like I had been fooling myself.

‘It opened up areas between us I had not faced before.  I realized how far I had gone in my life to accept things I would have never accepted when I was younger.’


Families across the US have been divided by the election according to a Reuters/Ipsos opinion poll.

The number of respondents who argued with family and friends over politics jumped six percentage points from a pre-election poll in October, up to 39% from 33%.

Many people had also stopped talking to their loved ones after the vote, with 22% of Hillary Clinton fans admitting they had ended communication with a relative or close friend.

‘It’s been pretty rough for me,” said Rob Brunello, a truck driver who voted for Trump.  ‘People couldn’t believe Trump could beat Hillary.  They are having a hard time adjusting to it.’

But it wasn’t all doom and gloom with some respondents saying their relationships had not suffered because of the election.  Around 40% had not argued with a family member or friend over the race.

Friendships were also created with 21% saying they become friends with someone they did not know because of the election.

I would like to remind my Christian friends of the words of Scripture: "Be completely humble and gentle; be patient, bearing with one another in love.  Make every effort to keep the unity of the Spirit through the bond of peace" (Ephesians 4:2-3). 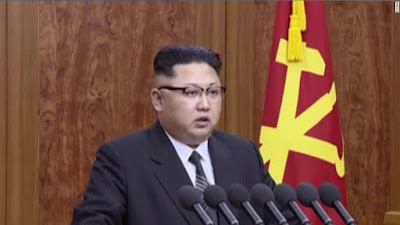 Posted by Robert S. Munday at 3:21 PM No comments: