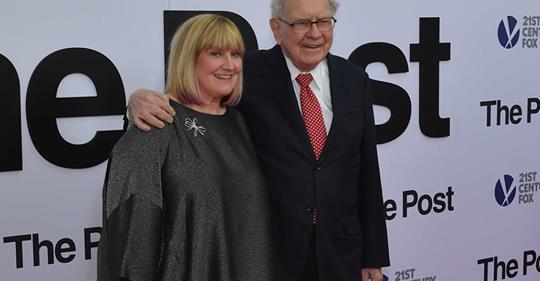 Warren Buffett is no saint. He apparently has no Christian faith and he donates to causes like Planned Parenthood. In many ways he reflects the values of his generation: a little religion may be a good thing for some people, but don't get too hung up on it; and of course, we need planned parenthood to get rid of all those unwanted children.

But, in many ways, reflecting the values of his generation and his birthplace is a good thing. He lives in the same house he bought in 1958, drives (sometimes hail-damaged and restored) cars that he buys at a discount, doesn't upgrade to the newest cell phone (he still uses a Nokia flip phone); he has used the same billfold for over 20 years, because he uses things like billfolds and cell phones (and lots of other things) until they wear out. And he clips and uses coupons--most notably including a time when he took Bill Gates to McDonalds and pulled coupons out of his pocket to help pay for the meal.

Buffett is known for saying: “You're looking for three things, generally, in a person: intelligence, energy, and integrity. And if they don't have the last one, don't even bother with the first two.”

It would be hard to argue that Warren Buffett has been anything less than a total success at navigating this life. He has been a very generous donor to many causes and has already established plans for giving away his entire fortune (currently over $82 billion).

But, there is an even more important decision we have to make in this life; and if I could presume to give Warren Buffett one piece of advice it would be this: Invest in eternity, not in this life. That means getting to know your Creator through a personal relationship with Jesus Christ. This life is but the twinkling of an eye when compared with the scope of eternity. And as Buffett himself might say, "Don't be deterred by momentary setbacks, and don't let temporary circumstances take your focus off the goal--your aim must be to win in the long run."

The slides in this article provide an interesting glimpse into the life of this remarkable man: https://www.aol.com/article/finance/2019/04/27/legendary-investor-warren-buffett-life-decision-most-important/23718262/#slide=7117798#fullscreen
Posted by Robert S. Munday at 2:29 PM