Roe vs. Wade will be overturned if Donald Trump wins, Mike Pence says

From the Los Angeles Times: 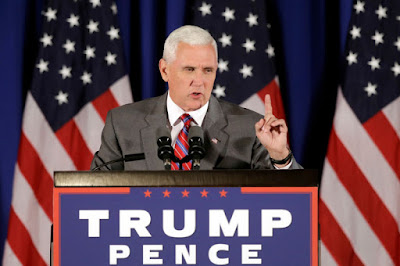 “I’m pro-life and I don’t apologize for it,” he said during a town hall meeting here. “We’ll see Roe vs. Wade consigned to the ash heap of history where it belongs.”

The comments — made in a conservative stronghold that strongly supported Texas Sen. Ted Cruz over Trump in the Michigan primary — were part of a broader argument Pence has been making on the stakes of the election: Voters need to consider that the next president will likely select multiple Supreme Court justices.

Pence said Trump would appoint strict constitutionalists in the mold of the late Justice Antonin Scalia.