The effort to erase any public sign of Christianity in America took another step forward recently with the announcement that the city of Steubenville, Ohio is removing the image of the Franciscan University of Steubenville’s chapel from the official city logo.

Here’s a pic of the offending city logo which was unveiled just last year: 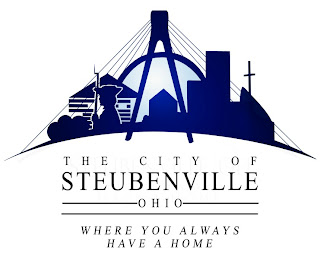 The city of Steubenville, faced with the threat of an expensive lawsuit from the Freedom From Religion Foundation, Inc., a Madison, Wisconsin-based atheist group, decided to drop the image of the chapel and the cross.  They will be asking an artist to create a new logo in the near future.

Steubenville legal spokesman, S. Gary Repella, told the Herald Star, “We were contacted in May by the Freedom from Religion Foundation Inc. in Madison, Wis., who said one of our citizens had complained about the city logo.  During the past several months the foundation sent me their research and past case law regarding religious symbols.  I researched current case law and found a lot of case laws that do not allow religious symbols in government symbols.”

[Note to Mr. Repella:  This is not the inclusion of a religious symbol, it is the inclusion of an architectural landmark.  There is clearly no intent to advance religion by its inclusion.  It is merely an attempt by the city to depict its its most recognizable features and institutions.]

Franciscan University reacted to the announcement with the following statement from Michael Hernon, vice president of Advancement:


“For more than 65 years, Franciscan University of Steubenville has proudly served as an integral part of this community and we were honored to have our chapel included in the new city of Steubenville logo.  The city initially included our chapel because it represents Franciscan University, a world-renowned center of higher learning and one of the largest employers in the region.  We find it particularly troubling that an out of town and out of touch group targeted the University for removal from the logo solely because of our religious identity.

“Now that the city has decided not to keep the chapel in its logo, the University has declined the city’s offer to be represented by another campus building.  The Christ the King Chapel and its cross, which are the centerpiece of the University logo, are internationally recognized symbols of the campus here in Steubenville and are at the heart of our Catholic educational mission.  No other campus symbol or architectural feature so immediately identifies the University.

“As used in the city logo, the chapel image is not an endorsement of any one religion, or religion at all.  It merely signifies one of the many treasures of Steubenville—along with Historic Fort Steuben, the Veterans Memorial Bridge, and the downtown cityscape—that are well-known community landmarks.

“For these reasons, Franciscan University has decided not to be included at all in the revised logo rather than to be represented in a way that does not honor our mission as a faith-based institution.”

The courts that have given birth to this nonsense have a very limited view of history.  Many cities in this country have prominent religious institutions that should not be censored from being mentioned in their histories, advertisements. and logos that depict the city.  There are whole cities in the US that owe their founding to people of strong Christian faith, and this is reflected in their very names: Providence, Rhode Island, St. Paul, Minnesota, La Crosse, Wisconsin, St. Louis, Missouri, Santa Fe, New Mexico, Los Angeles, California, as well as every other city in Texas, New Mexico, California and elsewhere that begins in "San" of "Santa."  Are we going to be forced to rename these cities?  If we are going to be consistent, this is a logical next step.

Pray for America, because the threats to freedom of speech and religion are increasing.

The Freedom from Religion Foundation is living up to it's goal. Elected officials may at some point be advised to not wear crosses at public events.

Having been born at Lutheran Hospital in St. Louis, MO., with a Jewish physician, attended Roman Catholic Schools from K-12, how will I document I exist by the time this silliness is complete? Lord, have mercy!