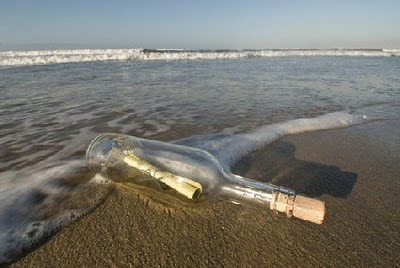 Last year, a high school student named Corey Swearingen put a letter in a bottle, sealed it up, and dropped it in the Atlantic Ocean, off the Florida coast. It was kind of an experiment for school. In the letter, he appealed to whomever came across the bottle to contact him and let him know where in the world it showed up. Amazingly, someone did.

Find out where it landed and read about some other long-traveling messages in a bottle here.