Today marked the 39th anniversary of the U.S. Supreme Court's Roe v Wade decision. Since that time 53.2 million fellow human beings who would otherwise be walking among us have been killed by choice. This picture can be found several places on the web, but I thought it appropriate to post it here, because sometimes a picture is worth more than a thousand words. 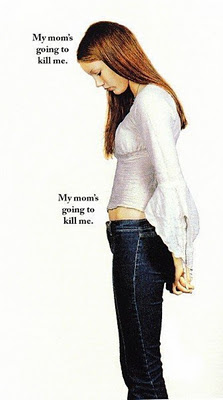 In the 1980's I was one of the founders and later chairman of LifeChoices of Memphis. From 1989 to 2001 I was a board member and president (1991-2001) of the Pregnancy Centers of Pittsburgh, now known as the Women's Choice Network. For the past 25 years I have been a board member and sometime president (1991-1994) of the National Organization of Episcopalians for Life, now known as Anglicans for Life. I cite my own personal history simply to say this: It is not enough to be opposed to abortion, we have to work to provide alternatives. There is a pregnancy care center in your community that needs your help. Make a commitment right now not merely to be pro-life but to get involved in helping a woman with an unexpected pregnancy to choose life.